Available now: The eBook edition of the Encyclopedia of the Palestine Problem by Issa Nakhleh. (Includes almost 150 photos.) 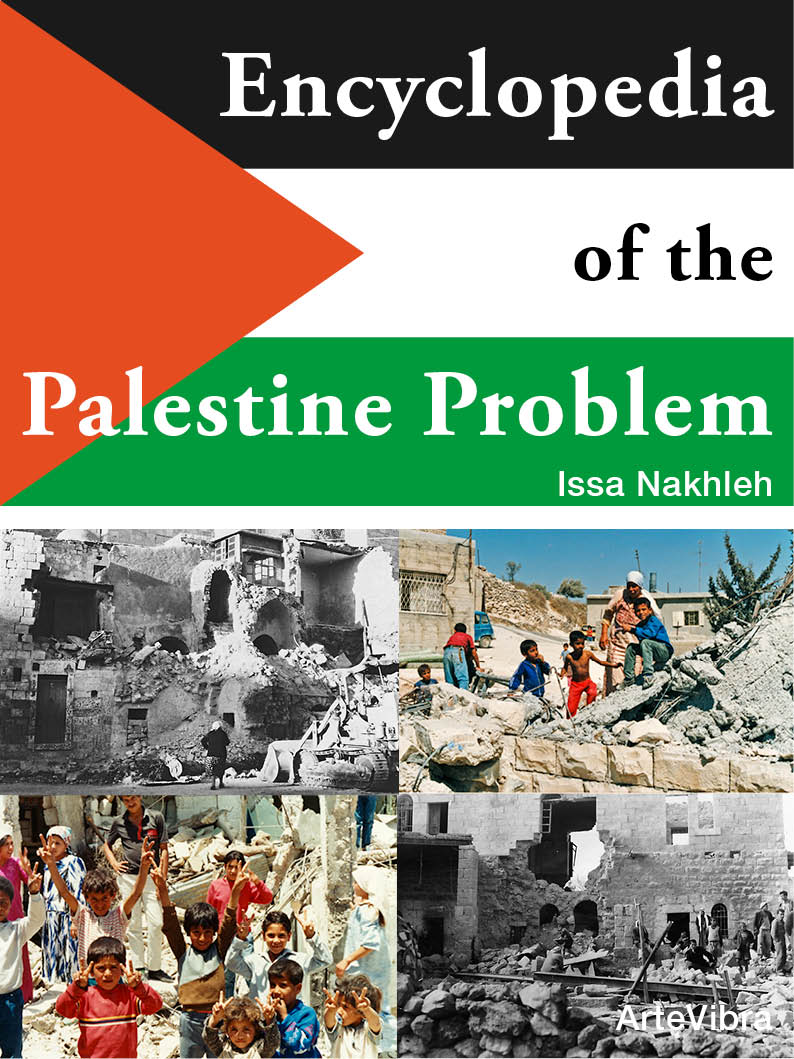 (a) detailed introduction to this impressively researched work

(b) its table of contents

(c) the subject index and

(d) the list of persons mentioned which documents the history of Palestine up to the year 1991.

A. On expulsion and GAZA

Today, 4th of June 2014, marks the 25th anniversary of the massacre on Tiananmen square in Bejing, China. Concerning this date one can read in the Encyclopedia: "A leading advocate of military operations to expel the Palestinians, is Benjamin Netanyahu, Deputy Minister of Foreign Affairs and former Ambassador to the United Nations, who was reported by Yediot Aharonot in November, 1989, to have said the following:

Israel should have taken advantage of the suppression of the demonstrations in China, while the world’s attention was focused on these events, and should have carried out mass deportations of Arabs from the territories. Unfortunately, this plan I proposed did not gain support, yet I still suggest to put it into action.

B. The danger of Hamas und Fatah forming a unity government


Would it seem possible, that an old doctrine is still in full force? From the Encyclopedia:

In 1982, Oded Yinon, a former official of Israel’s Foreign Ministry, published an authoritative article, “A Strategy for Israel in the Nineteen Eighties,” which appeared in Kivunim (Directions), an official organ of the World Zionist Organization. In this article Yinon admitted continued Israeli designs on Lebanon:

Lebanon’s total dissolution into five provinces serves as a precedent for the entire Arab world including Egypt, Syria, Iraq and the Arabian peninsula and is already following that track. The dissolution of Syria and Iraq later on into ethnically or religiously unique areas such as in Lebanon, is Israel’s primary target on the Eastern front in the long run, while the dissolution of the military power of those states serves as the primary short term target.

Mossad, Israel’s intelligence service, was given primary responsibility for interfering in Lebanon’s internal affairs for the purpose of fracturing the country into puppet mini-states. This was admitted by Uri Dan, press attach to Defense Minister Ariel Sharon: .......